Marcus & Millichap’s 3rd Quarter Apartment Research Market Report has been released. Overall, the outlook of the Philadelphia apartment market remains bright as rising employment fosters stable economic growth, which in turn is strengthening apartment operations. Total employment is on the cusp of recovering all the jobs lost during the recession. These favorable conditions are boosting demand for apartments and rapidly improving performance throughout the metro.

Click the link below to view the full report.

Marcus & Millichap’s Research Services just released their Apartment Spotlight, detailing the first half of 2015. Some of the major talking points include:

View the full report below: 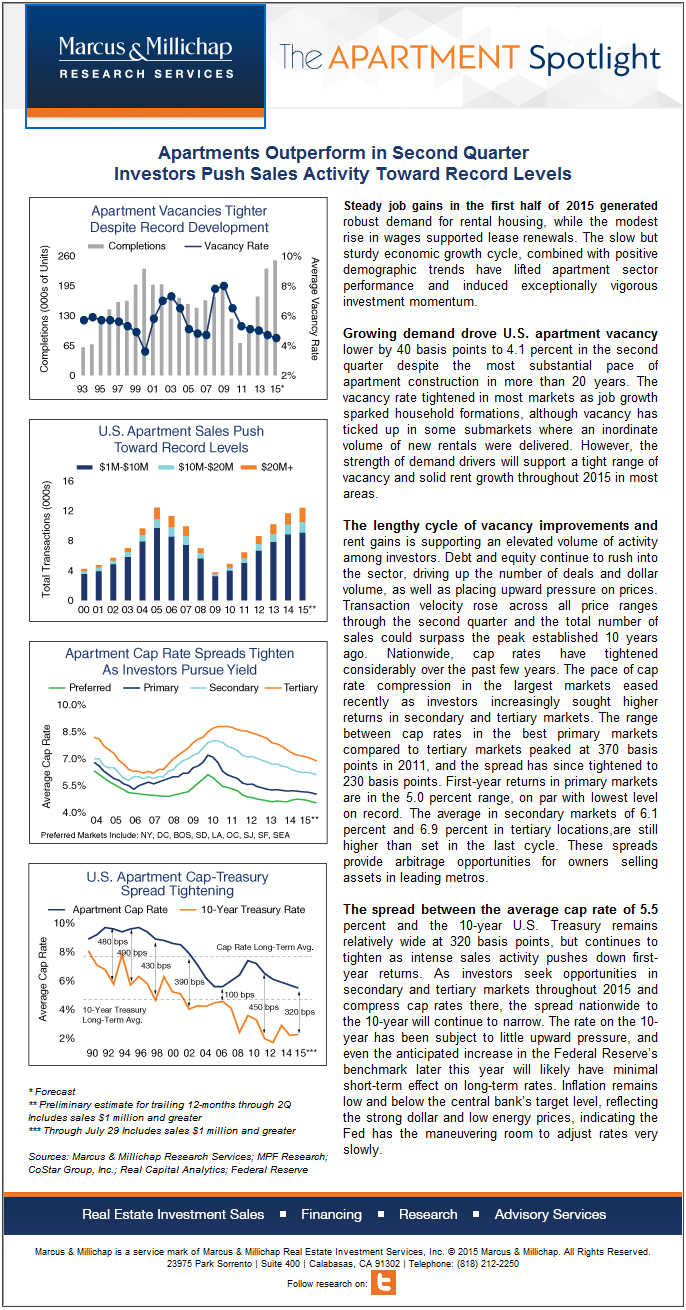 The Philadelphia region’s apartment market continued to thrive in the second quarter, with monthly rents rising and vacancies plummeting even as new product appeared in the city and suburbs. The lower vacancy rate manifested while competition (especially in Center City) continued to ramp up – A testament to strong absorption in the Class A market.

Click here to read the full article on Philly.com